Its a certain kind of Fine Art Edit that I love to do. Take a Fairytale Photograph which is usually photographed on location during daylight hours and create an enchanted feeling that it was truly an image captured of magical and enchanted fae creatures frolicking under the moon in a far away forest. 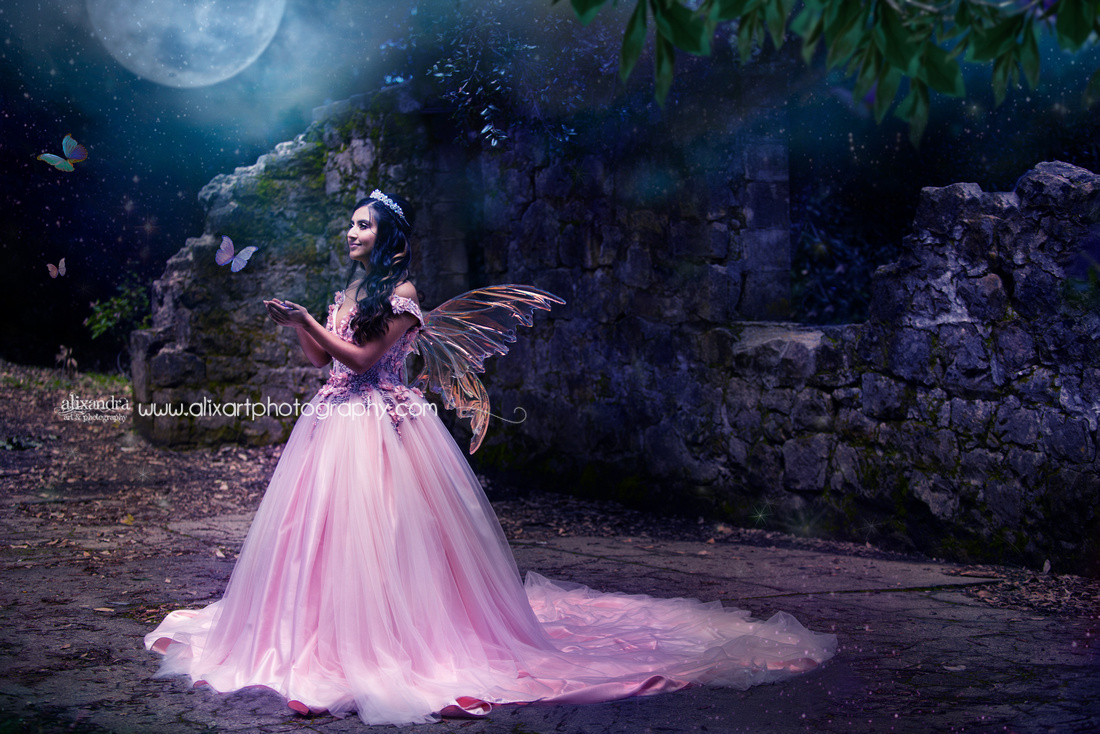 This image was photographed on-location near the ruins of this unusual stone wall in the mountains above Watsonville on Mount Madonna. The artwork to edit in the full moon was added in to create the final image.

This image below is one of my favorite images of a mother & her child. they were trying to climb this wall that was at the location so it really made for a lovely metaphor related to motherhood, where you help your child climb and learn in life. My favorite pose along with the blue tones to create the finished artwork with the moon shining in the background. 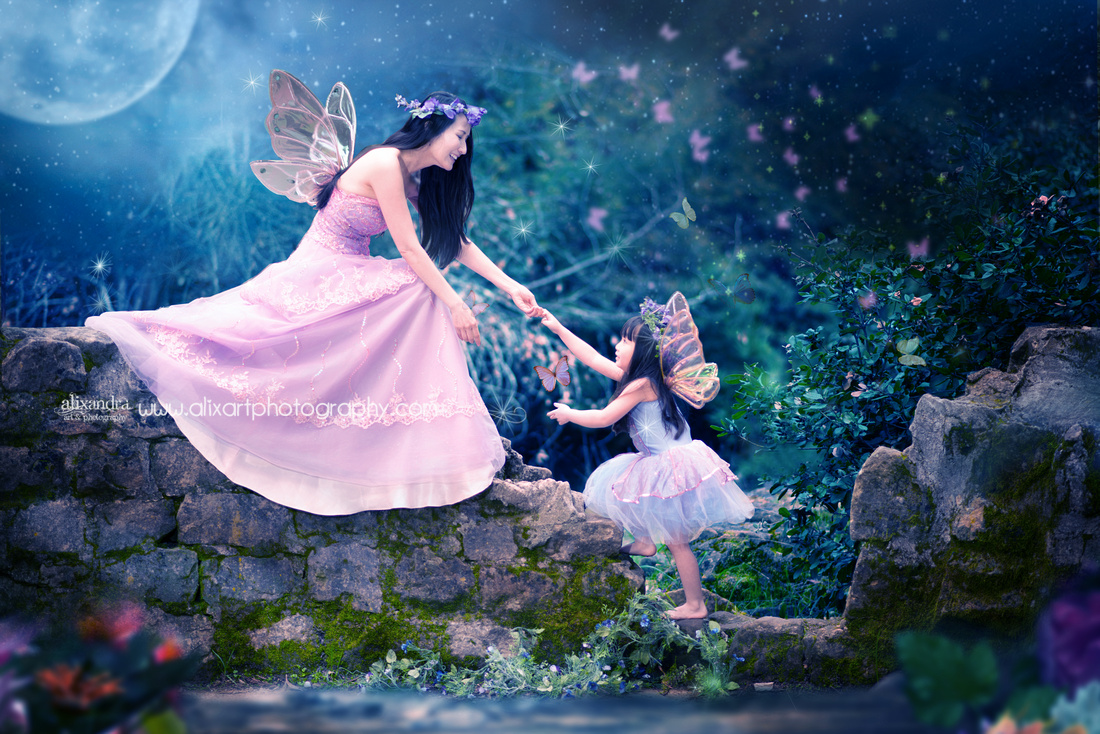 (below) This particular image, the girl climbed up into a tree for our photo session. It was quite natural to later add in the moon for Photoshop Artwork and then collage in the extra butterflies and sparkles for the final composition. 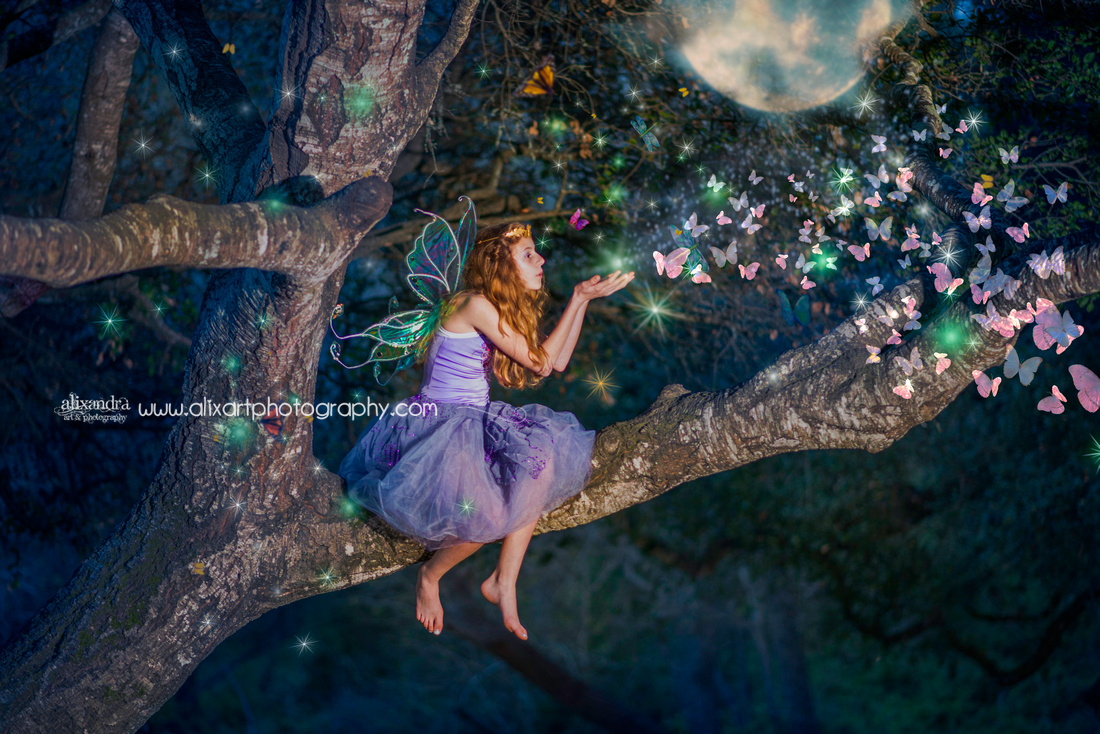 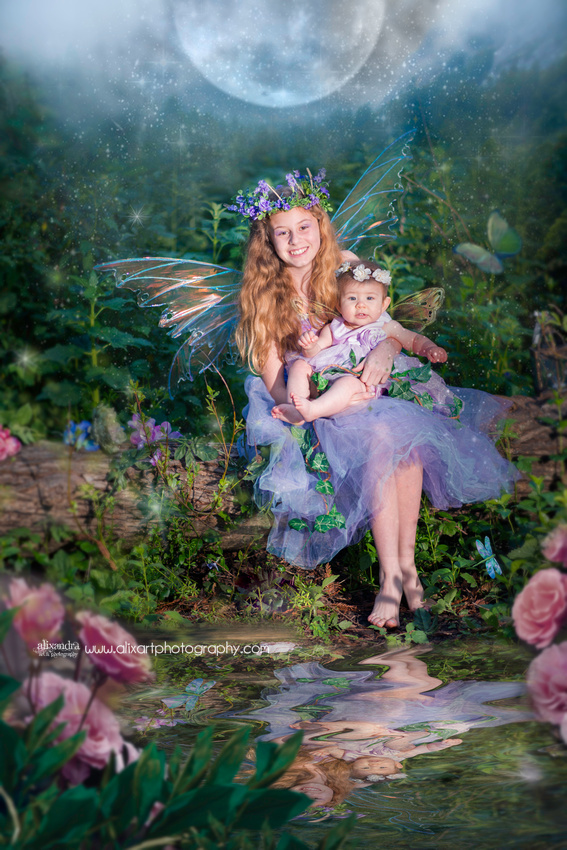 Another magical image created to show the bond between a big sister and a new baby. This image always evokes the sibling bond for me, combined with the costuming and artwork to create a lovely memory for these sisters throughout their lives.

This image (below) was photographed in a redwood grove, though it was late afternoon. The artwork was added in later to create the moon and night time feeling along with enchanted butterflies to give it a magical feeling. 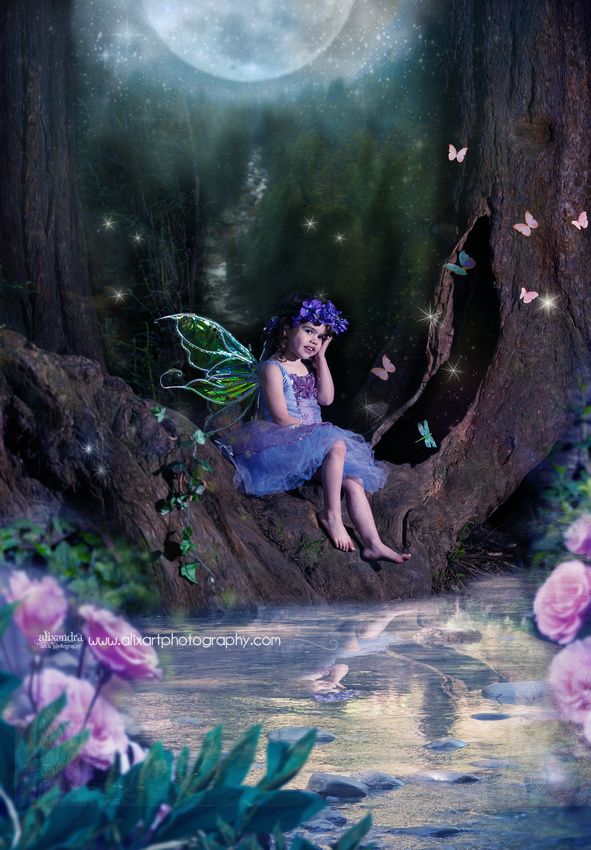 Another sister fairy portrait for memories! (below) 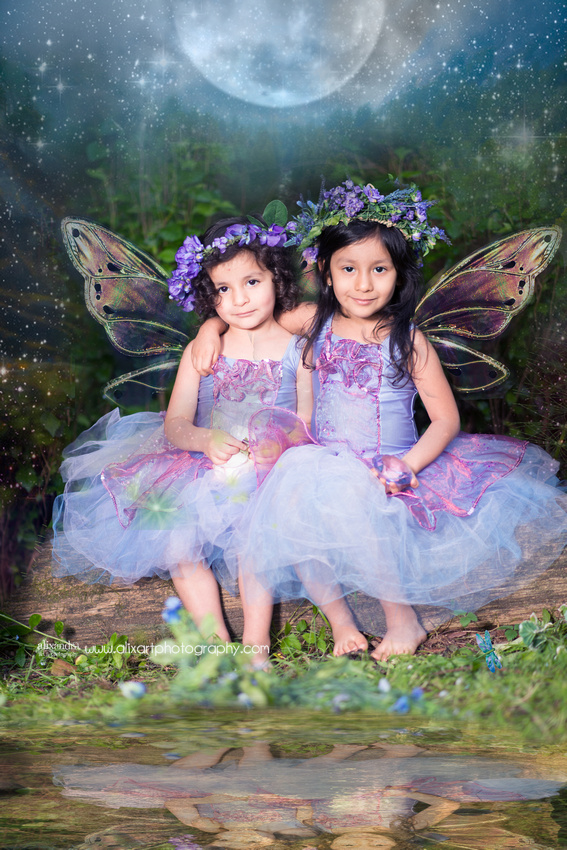 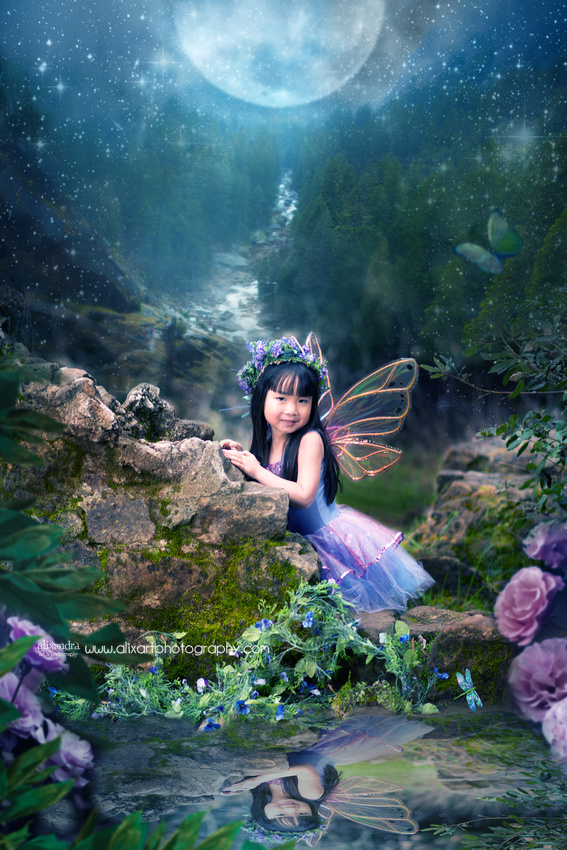 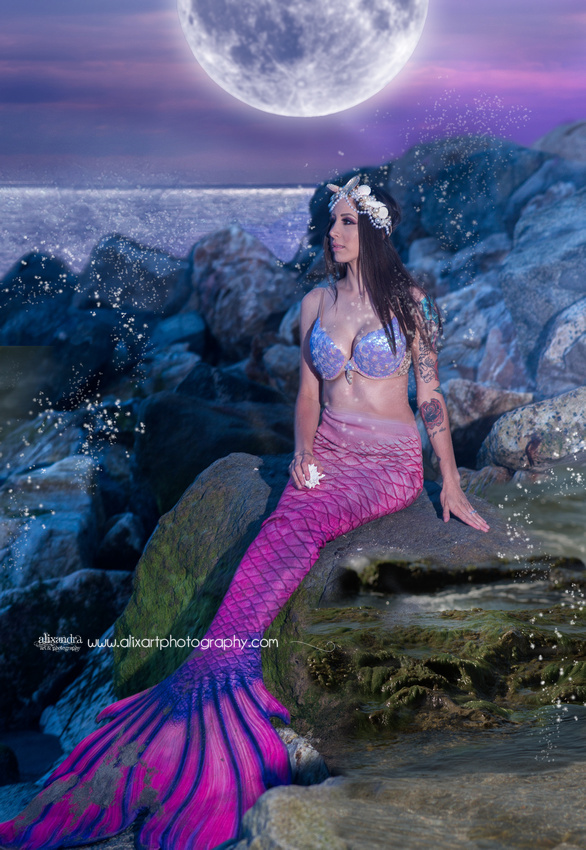 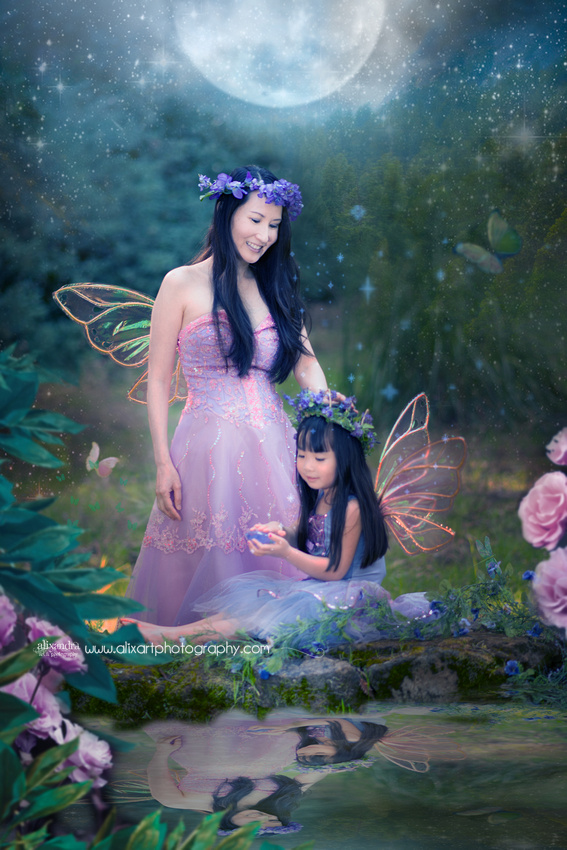 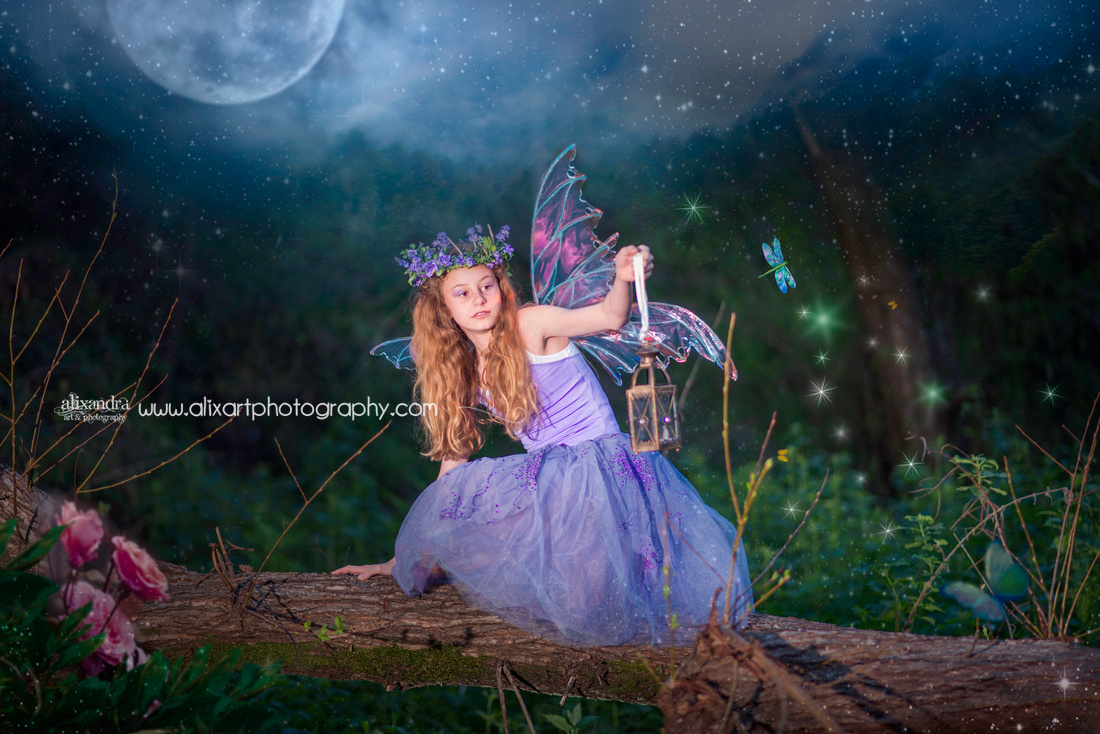 Snow Princesses in a Blizzard